WHERE PARANORMAL AND FANTASY HAVE MISBEHAVING KIDS 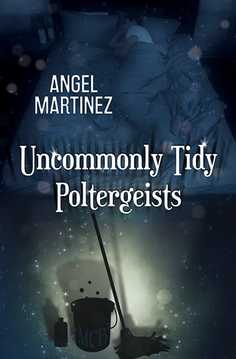 Jack's arrival crushes Taro's hopes of a dashing Van Helsing-style hero. Instead of an invincible hunter, he gets Ichabod Crane. As the paranormal puzzles multiply and Jack begins to suggest the entity might not be a ghostly one, Taro adds a budding friendship with Jack to his pile of anxieties. It's a race to see whether Taro's poltergeist or his relationship with the obviously-not-ace Jack will reach maximum strangeness first. 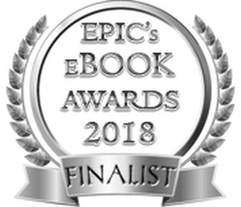 Josh hunts vampires with relentless, cold precision until the night he confronts a gorgeous hunk of vamp in the woods outside Ithaca. Richard destroys all of Josh’s prejudices about vampires in the first few moments of conversation, and the sexual sparks between them ignite almost as quickly. Richard offers the stability Josh never had, while Josh offers the healing Richard needs so desperately.

But it’s nearly impossible just to walk away from a life of violence. An attack one evening leaves a friend in the hospital, Richard with a bullet through his chest, muttering about strange creatures, and Josh fighting to piece together what really happened. Are Richard’s nightmare attackers real, or is Josh’s favorite vamp losing his mind?

Currently Out Of Print 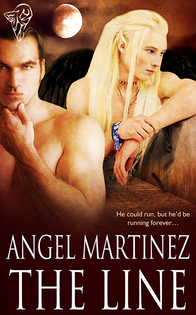 Rafael Schiller’s had a long road and he’s forgotten the meaning of several human words along the way. Commitment? Relationship? Love, for all the gods’ sakes? What does a vampire need those for? He’s completely content treating his long string of one-off lovers as midnight snacks. He makes it good for them and has no reason for guilt or grief. Some nights still induce an odd, hollow ache, but he can just drown it in the next conquest. Master of his universe, sexual god without peer, he lives without a care…until a bizarre creature feeding in an alley scares the deathless hell out of him.

It’s caught his scent, now it’s hunting him, and Rafael remembers a word from his childhood. Krsnik, the hunters, the monsters who feed on the blood of vampires. He could run, but he’d be running forever, and that would sure as hell take the fun out of life. Time to figure out what the creature really is, what can defeat it, and why he feels so drawn to it.

How To Safely Navigate VampirisM

Rule Number One: Don’t even think about love. Love is for humans and fools.

Rule Number Two: Do not get involved with other predators.

Rule Number Three: Don’t fall asleep in the sun. It won’t kill you, but take my word for it—you’ll regret it.

Rule Number Four: When three neighbors ask how you stay so young, it’s time to move.

Rule Number Six: Don’t feed from crazies. It borrows trouble and they don’t tend to taste too great.

Rule Number Seven: Meals should always be takeout. That is, you should take the meal out. Don’t let any meal see where you sleep.

Rule Number Eight: Vampires are the top of the food chain. Don’t let another predator scare you.

Rule Number Nine: Do not get tied down to an income source. If it can’t move with you on a pitchfork-and-torch-mob second’s notice, then it’s not the career for you.

Rule Number Ten: Brush and floss twice a day. Vampire dentists are a rare breed and sure, rotten teeth will grow back, but no one's ever seduced by a cavity-ridden smile.

Rule Number Eleven: Never use wooden furniture in your home decor. Unless it's particleboard. No one can make a decent stake out of particleboard.