Dual-spirit Beings Living AMONG us

​From the time humans became a unique species, the lijun have lived among us. Dual spirit beings able to change at will between their human halves and their animal halves, at different periods throughout history lijun have been revered, feared and reviled. Modern lijun realized some time ago that their survival in the human world depends upon successful, peaceful integration—a partnership with humans who are unaware of their existence. But in the little town of Wadiswan, Wisconsin, tensions between rival factions run high, escalating to the point where the secretive lijun community risks exposure. The survival of lijun everywhere may depend on which side wins. 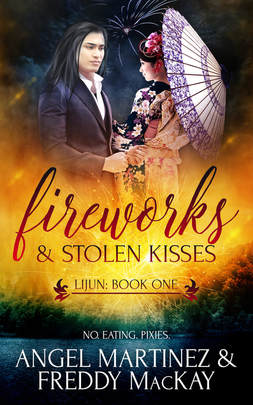 At the annual Global Lijun Alliance conference in Tokyo, Tally Bastille makes the first impulsive decision of his life. Others perceive his uktena—the enormous legendary serpent that's his dual-spirit—as a threat, which makes him all too aware that he frightens fellow lijun. But an encounter with a passionate, obviously not-straight otter lijun one evening convinces Tally that he's found his Em'halafi, his destined match. Tally is determined to barrel through all obstacles to make the match happen, including the otter's conservative, traditional family.

Trained as a Satislit—a bride son—Haru Tanaka chafes at the strict boundaries set around their life. They rebel against their clan's constant attempts to force an arranged match and wish desperately for someone who will love them. At the conference, Haru is horrified to learn their family has accepted an offer for them, one too lucrative for the clan to refuse. Not only has the Urusar sold Haru to a stranger, but the lijun is also a giant snake and one who believes in the tired old superstitions regarding Em'halafi. Threatened with banishment if they refuse, Haru has no choice but to marry the wealthy American serpent.
​
Back in Tally's home in Wisconsin, Haru and Tally must navigate both the widening gulf between them as they realize how much they've misunderstood about each other, and the tricky politics of the lijun clan Tally leads. Murder, intrigue, and increasing hostility threaten to tear apart the little town of Wadiswan and the arranged marriage they've barely managed to begin. 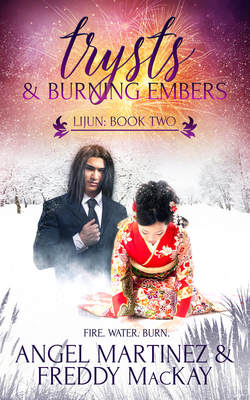 In the two months since the All Hallows’ Eve party, Tally has courted Haru, buying expensive gifts, taking the two of them to upscale restaurants, and trying to find a balance between earning Haru’s fragile trust while being new parents to the Cohen joeys. Tally sees hope in the new domesticity the family has settled into despite having some bumps along the way.

Gifts and treats have satisfied Haru’s otter, but the human half remembers the brutal lessons of giving their trust away. How can two lijun who barely know each other know what will happen when times get tough? There are circumstances Tally doesn’t know yet, and Haru struggles to find their feet with an Urusar who doesn’t know the rules.
​
A revelation throws not only the tentative relationship between them askew, but also starts Tally and Haru down a path the two of them can’t escape, one so heart-wrenching Haru’s not sure their heart will survive.
Traditionalist concerns that have always nipped at the Bastille clan's heels come roaring to the forefront with demands and ultimatums. Tally needs to fall in line or face further threats to his otter, his family and his clan. Haru needs to find the strength to believe in the good despite the bad. In an environment where it's vital to know ally from foe, Tally and Haru need to stand united or watch the community Tally's family has built fall under the thumb of heartless, greedy autocrats.