By Sandra C. Stixrude
(Angel's other personality that started it all)

What is the Anchorage series?

Centuries have passed since a desperate human expedition settled a planet circled by three moons, far from commercial or military space routes. Through loss of tech and the need to survive on this often-hostile new world, the largest portion of the colonists has reverted to a feudal society on the eastern continent.

Of course, they do not inhabit this planet alone...
NOTE: The Anchorage novels are mainstream all ages Science Fiction. 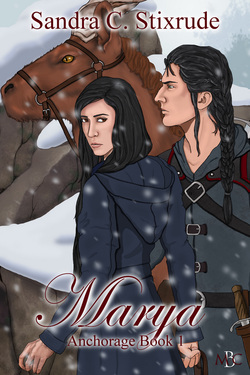 Traveling has always frightened Marya, but when the Ktar chooses her to protect the heir on his confirmation journey, she fights panic. A prophecy concerning the heir's death, ominous dreams of a mysterious city, and news that one of the heir's companions will betray him all point to disaster.

Unfortunately, the discovery of the assassin's identity is only the beginning. His menace pales in comparison to the ancient evil lurking in the mountains. When Marya is trapped and the men with her enslaved, she is faced with two choices: surrender to the alien being who offers her power, or ally with the handsome assassin she sought to thwart. One way she loses her soul, the other she may lose her heart. 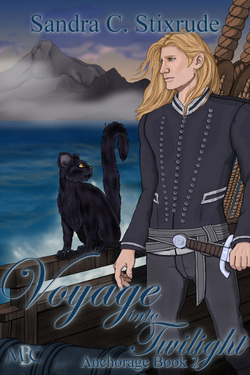 Something is hunting mercenary commander Romenel Devar, a monster disguised as friends and loved ones, so he can't even describe it. He knows it's slowly killing him, though, and he desperately needs help.

Marya and Roke have retired to their house on the steppes, their lives finally peaceful and uneventful. When Romenel collapses on their front doorstep, Marya reminds her husband that no one retires from being a hero.

Their journey takes them to the other side of the world where hordes of monsters lurk and the rules of society are turned on their heads. Romenel needs to understand both this strange new world and the hints from a distant, shared past to unravel the means to stop the monsters' deadly hunts. 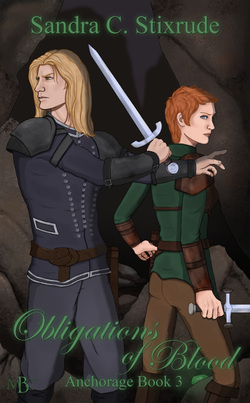 Ancient voices reveal a terrible secret: human scientists created the kresnas, devourers of life and sanity. Not only created, but also used in terrible, torturous experiments, turning them against their creators.

Romenel's dilemmas pile up until he's lost in them. How can he destroy all the hordes of kresnas at once and is it morally defensible to do so? What other solution is there if humans are to survive? What should he do about the beautiful warrior, Kyliki, since he has no place in her world and she has none in his?

And, hang it all, if he can resolve these things, what in blazes is he going to do about the mess of a succession war raging back home?

The Enemy Within: Anchorage 4 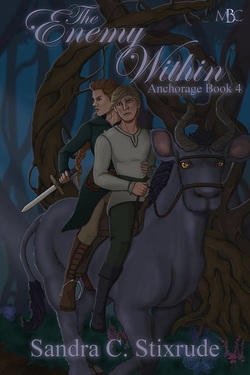 Starved and ill, Pelinas finds himself at the gates of Arhanna, the city of his father's enemies. He doesn't recall how he came there, though he remembers vividly his father disowning him. Luckily, the kind-hearted General Devar takes him in.

Roya Intalva returns from the Academy up north to take her rightful place in the Ktar's forces only to find that her friend, Romenel, has taken on a new aide whom she does not trust and the troops are succumbing to a mysterious illness.

Intrigue piles upon intrigue and when the walking dead kidnap Duke Semis, it falls to a group of green cadets, a prickly young Lieutenant and the haunted, guilt-ridden Pelinas to ride to the rescue. 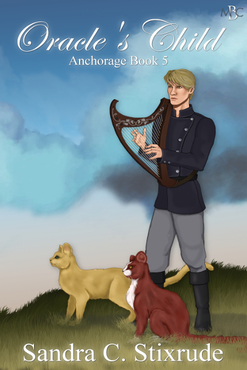 Determined to kill his father for his crimes against humanity, Pelinas resolves to live until the Duke of Korval is dead. Beyond a burning desire for revenge, though, he has no solid plan to accomplish what seems impossible. Duke Per leads a massive army, controls frightening technology, and even commands the dead.

But the Duke of Korval has eleven other sons, many carrying their own dark secrets. When Telluris Marat reveals strange and terrible facts about Pelinas's heritage and his birth, new possibilities unfold. He might attain all he desires—but will the cost be too high for him, for his friends, and for the entire continent? 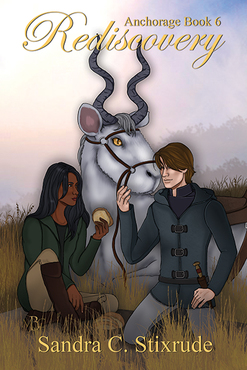 An inhabited planet is not what an interplanetary mining company hopes to find while in search of rare mineral deposits, but the low-tech natives should be won over by a few ‘miracles’, right? Emily Nandi, the mining company’s legally mandated xenologist, isn’t so sure. The planet’s social structures are complex, fascinating and frustrating – she advocates research and caution rather than the seat-of-the-pants first contact the company president wants.

Investigator Shadow is convinced ghosts are watching him until a fellow investigator disappears, plucked from his harduk’s back without a trace. When he reappears at the city gates, naked, half-frozen and ill, he brings back a harrowing tale of strangers on a ship high above the planet.

From this shaky beginning, suspicion and misunderstanding fuel one culture-clash driven disaster after another, punctuated by apocalyptic prophesies from the oracle, Telluris. This is no way to get to know one’s long-lost cousins from Earth. 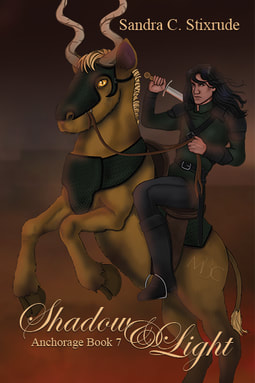 When things begin to go wrong, they have a habit of going spectacularly wrong, Lord Telluris Marat discovers. Robbed of his visions and his ability to prophesy, he still has his will to fight and his ability to command an army. But the enemy he faces now commands weapons that rival his worst nightmares.

Emily struggles with her own visions, and finds herself caught between worlds. Jake Montagna, the president of the interplanetary mining company, has gone off the deep end and will stop at nothing to get what he wants. If only they were in broadcast range of the authorities, Emily could do something. But Arhanna is far out of normal shipping lanes. To stop Jake, she’ll have to do it herself.