Every region has them, but no police department talks about them—the weird crimes, the encounters with creatures out of nightmares. The 77th Precincts exist in certain cities to handle paranormal crime and containment, usually staffed with experienced officers exhibiting psychic abilities.
​
In Philadelphia, through an odd mix of budget issues and circumstance, the 77th is manned entirely by officers with bizarre or severely limited psychic talents. The firestarter who can’t get a spark when it’s humid. The vampire who can’t drink whole blood. These are the stories of the misfits, the outcasts from even the strangeness of the paranormal community. Call them freaks, but they’re police officers first, serving and protecting, even if their methods aren’t always normal procedure.

﻿Lime Gelatin and Other Monsters﻿​ 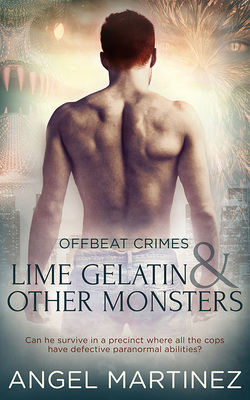 Kyle Monroe’s encounter with a strange gelatinous creature in an alley leaves him scarred and forever changed, revealing odd abilities he wishes he didn’t have and earning him reassignment to a precinct where all the cops have defective paranormal abilities.

Just as he’s starting to adjust to his fellow misfit squad mates, Kyle’s new partner arrives. Tall, physically perfect, reserved, and claiming he has no broken psychic talents, Vikash Soren irritates Kyle in every way. But as much as he’d like to hate Vikash, Kyle finds himself oddly drawn to him, their non-abilities meshing in unexpected ways. If they can learn to work together, they might be able to stop the mysterious killer who has been leaving mutilated bodies along the banks of the Schuylkill.

The Pill Bugs of Time 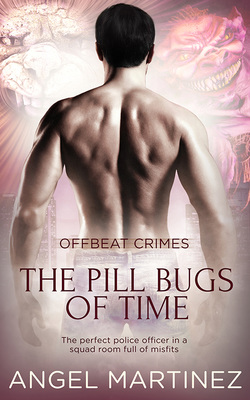 Vikash Soren, the perfect police officer except for his odd paranormal ability, never seems to lose his temper. Always serene and competent, he’s taken on the role of mediator in a squad room full of misfits. But on the inside, he’s a mess. Unable to tell his police partner that he loves him, Vikash struggles silently, terrified of losing Kyle as a lover, partner, and friend.

But life in the 77th Precinct doesn’t leave much room for internal reflection. A confrontation with a stick-throwing tumbleweed in Fairmount Park leads to bizarre consequences involving pill bugs, statues, and…time travel? If Vikash manages to survive the week and stay in one point in time, he might be able to address normal things like relationship problems. He just needs Kyle to have a little more patience. Maybe a few centuries worth. 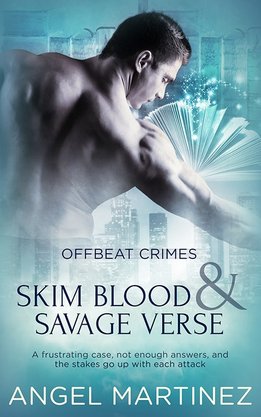 When a ferocious book attacks Carrington at his own birthday party, he believes it's an isolated incident. But similar books soon pop up all over town, menacing innocent people with harsh bits of poetry and blank verse that deliver damaging physical blows. It's a frustrating case with too many variables and not enough answers, and the stakes go up with each attack.
​
With the help of his misfit squad mates at the 77th and the public library's rare book department, the missing pieces decrease but not Carrington's vexations. His commanding officer rakes him over the coals at the beginning of every shift. His police partner has lost patience with what she sees as his delusional relationship choices and his inability to pick the right man in a vast field of two. City Hall demands that the books be stopped immediately. It's enough to put a nutritionally-challenged vampire off his skim blood. 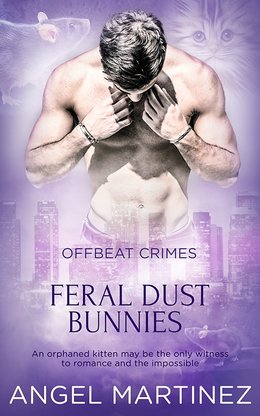 Officer Alex Wolf responds to a lot of ‘paranormal’ calls that aren’t. Exotic pet birds aren’t monsters and unusual dog breeds aren’t aliens. It’s a good thing he likes the animal control officers, but he both yearns for and dreads those calls where he runs into ACO Jason Shen. Jason’s scent is so delicious that Wolf has a difficult time humaning around him.

Animal control calls take a disturbing turn, though, when Wolf and his lizard-man partner, Krisk, discover the impossibly mummified bodies of rats and an unfortunate mother cat. The rescue of the cat’s sole surviving kitten not only gives Wolf more time with Jason, which is both perplexing and wonderful, but also leads to dangerous discoveries. Something inconceivable stalks the city and its officers of the law. Wolf has to figure out what it is before it can attack and drain the life from the people and the kitten he loves. 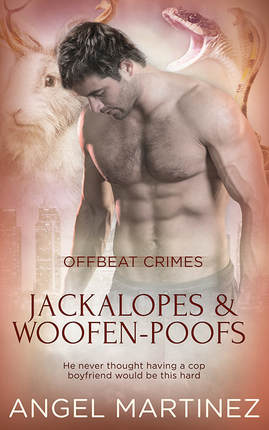 All Animal Control Officer Jason Shen ever wanted was a quiet life of rescuing lost kittens and helping animals in need. Having a paranormal cop boyfriend guarantees an end to the quiet part. What at first seems a random encounter with jackalopes in the park might be more than chance and when State Paranormal sends a handsome, charming vampire to consult with the Seventy-Seventh, he finds his relationship with Alex on shaky ground.
​
Officer Alex Wolf hoped his humaning skills were improving but now he can’t unravel the strange politics at State Paranormal or why Jason’s family seems to hate him. There’s no time to puzzle things out either. Bizarre animals are loose in the city, Jason’s acting strange, and is the vampire captain from State flirting with him? Wolf’s going to have to keep his head in the game if he’s going to have any chance of putting the pieces together and keeping the city safe from the strange critters terrorizing its streets.

All The World's An Undead Stage 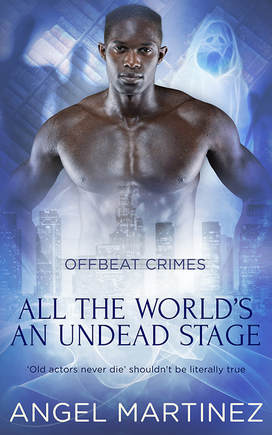 Carrington Loveless III, skim-blood vampire and senior officer of Philly's paranormal police department, has long suspected that someone's targeting his squad. The increasingly bizarre and dangerous entities invading their city can't be a coincidence. So when a walking corpse spouting Oscar Wilde attacks one of his officers, Carrington's determined to uncover the evil mind behind it all.
​
As a rare books librarian, Erasmus Graham thought he understood some of the stranger things in life. Sharing a life with Carrington's shown him he didn't know the half of it. They've survived attack books and deadly dust bunnies together and got through mostly unscathed. Now his world and his vampire's appear ready to collide again. Books are missing from the rare books' collection—old tomes of magic containing dangerous summonings and necromancy. He's certain whoever's been stalking the Seventy-Seventh is composing their end game. It's going to take a consolidated effort from paranormal police, librarians, and some not-quite-authorized civilians to head off the impending catastrophe. 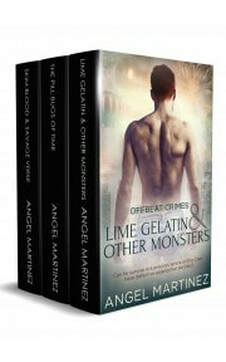 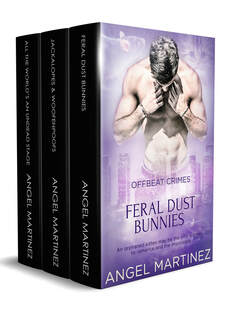